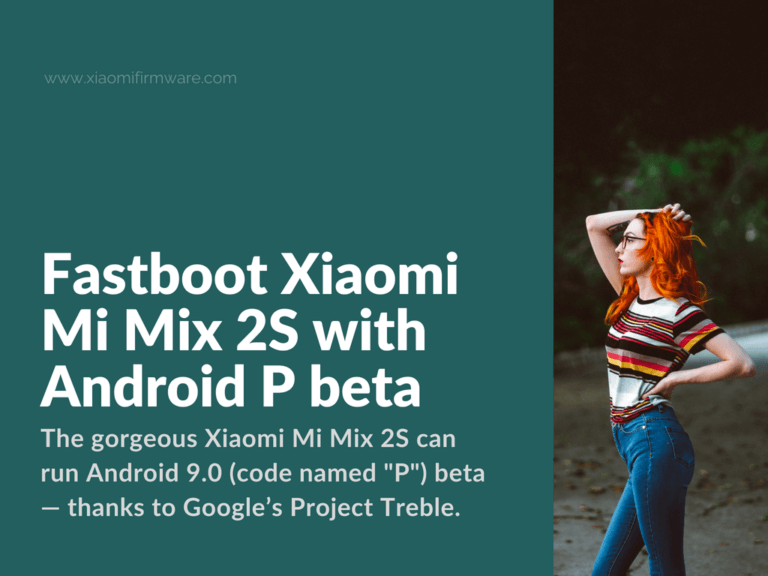 The gorgeous Xiaomi Mi Mix 2S can run Android 9.0 (code named “P”) beta — thanks to Google’s Project Treble. The device is among the select few (such as, Mi 6, Mi A1, and Mi Mix 2) that will receive a major OS upgrade. Whereas the others may get Android P starting from the last quarter of 2018, it is now possible to flash the Mi Mix 2S with a public beta version of Android P.

Some of the new features Android P promises include:

Despite participating in Project Treble, Xiaomi has hesitated to release the latest Android version over the air (OTA). Because the P beta firmware for Mi Mix 2S is available online, however, you can test it by using the fastboot method.

So, to install Android P, you need to grab these files first.

You’ll also need to unlock the Mi Mix 2S bootloader. If you’ve not done it yet, apply for unlock permissions here.

You’ll need a PC for this exercise. So, turn it on and follow the steps below.

You may have noticed that I didn’t suggest the recovery method for installing Android P beta. The primary reason why the recovery approach may fail is because MIUI’s recovery mechanism needs zip files to update the ROM. Yet, the Android P firmware is in a .tgz format.

With that said, you need to note that Android P is still in development. You should thus not expect to use the beta OS as a daily driver. Functions like photo editing, voice search, and voicemail are buggy or unusable at times.

If you’ve managed to install Android P beta on your Mi Mix 2S, share your experiences in the comments section. What would you like to see improvements on? Which features please you the most?