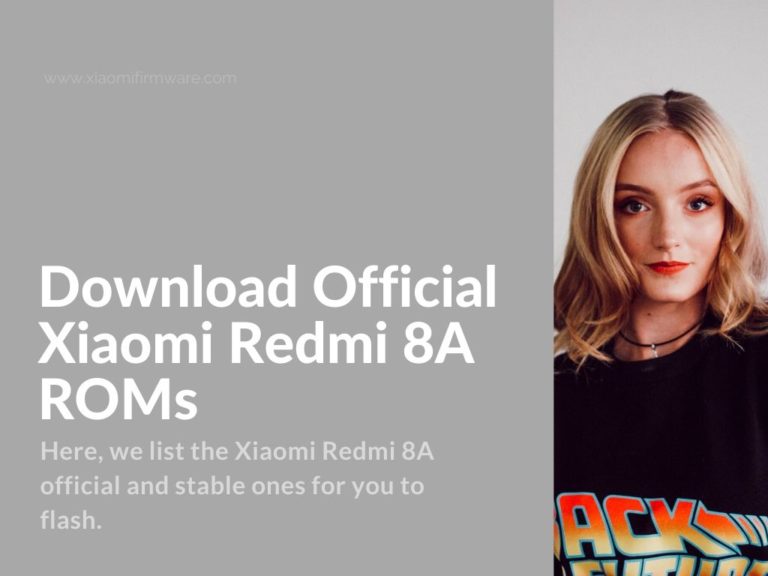 With the Redmi 8A, Xiaomi continues the tradition of beating expectations. Although touted as a budget phone, the Redmi 8A has the looks and updated features that only come in much pricier phones.

The phone has a big screen. Clocking at 6.2 inches, it is impressive. Whereas the resolution is 720 x 1,520 pixels, it nonetheless comes protected by Gorilla Glass 5.

A Snapdragon 439 chipset, coupled with an Octa-core CPU and backed by an Adreno 505 GPU power the phone’s processing.

Memory comes in the form of 2GB/3GB variants, while the internal storage is 32GB—expandable by microSD cards up to 256GB.

As a budget phone, we found the 12-megapixel main camera and 8-megapixel selfie one to be adequate.

Yet, what sold us most to this phone is its humongous 5,000mAH battery, which is chargeable by USB-C.

Otherwise, Xiaomi has released the latest ROMs for the Redmi 8A. Here, we list the official and stable ones for you to flash.

Originally, Xiaomi released the Redmi 8A running on Android 9 (Pie) and MIUI 11. The ROMs below do not bump the Android version to Android 10. (We expect to see that sometime this year, though.)

The Russia ROM also bumps the Security Patch level to the December 2019 release. Similarly it fixes problems of the notification settings not opening and overlapping images in screenshots. It also optimizes the icon of the payment security function.

Prepare your Redmi 8A for the major upcoming Android 10 version release by installing any ROM update above that fits you.

As always, remember to take your data backups seriously before embarking on any update exercise.