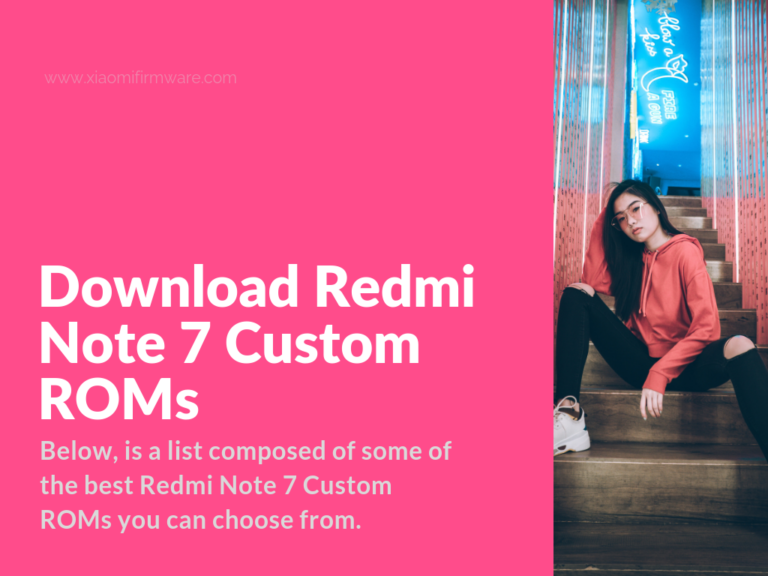 Below, is a list composed of some of the best Redmi Note 7 Custom ROMs you can choose from.

Use any of the ROMs that you desire to full effect. Remember that before you install Custom Redmi Note 7 ROM, you need to have TWRP Recovery on your device.

After installing TWRP, it becomes easier to install any mods on your smartphone. TWRP makes a simple task flushing a Custom ROM of your choosing.

Disclaimer: not every Custom ROM is stable, especially if you’re using it as a daily driver.

Using this ROM exposes one to loads of features including; Paranoid Android, Slim, Lineage OS, AOKP, and a plethora more.

Alongside these features, this ROM champions a powerful combination element of customization, performance, battery life, and power, that puts it above many other Custom ROMs. It works meticulously on Redmi Note 7.

AOSP Android 9.0 Pie – Android 9.0 Pie is the 9th iteration and a significant update on the Android platform. It comes with several design changes such as gesture-based navigation system, Redesigned volume slider, Improved adaptive brightness, and Advanced Battery with AI Support.

crDroid OS – The newest Lineage/AOSP based custom ROM is known as crDroid OS. It’s one of the most excellent ROMs in operation today. It comes with loads of customization options and delivers Pure Android Experience.

You will need TWRP Recovery to install this Custom ROM. It works well with Redmi Note 7.

Havoc OS – The Custom OS is developed based on Lineage OS, and it comes with a lot of new features that are not found in other Custom made ROMs.