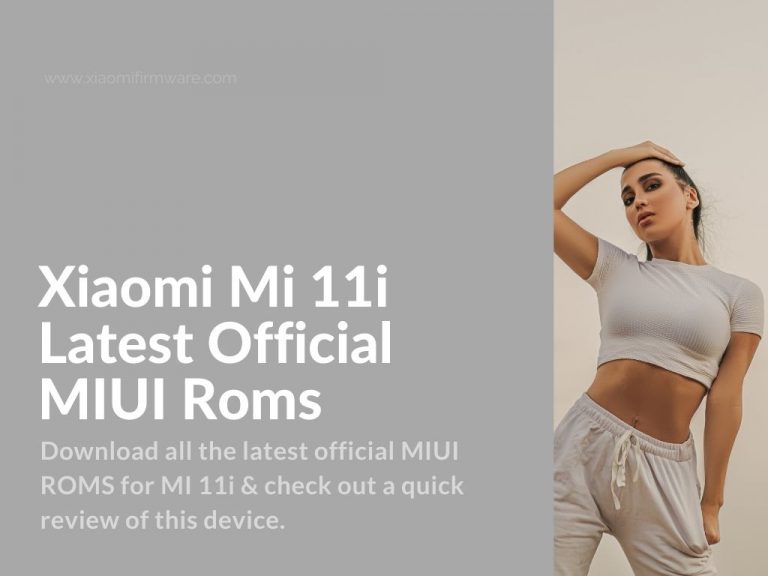 In this post you can find the download links to the latest MIUI firmware for Xiaomi Mi 11i. If you need help on installing any of these, you can find a lot of useful guides on our website. Below the list of ROMs you’ll also find a short review on this amazing device.

The camera is a (literally) big selling point for Xiaomi’s latest, the Mi 11i. Here’s a full review of the phone.

Slick, stylish, and whip-fast, the latest cell phone from China-based Xiamoi is sure to please, especially in a world that has come to expect a beauty-meets-brains package to be the cell phone norm.

Releasing May 31, one of the the Mi 11i’s major selling point — besides its razor-sharp looks — is its display. It’s Super AMOLED, with 1080×2400 pixels that make images jump off the screen. The Mi 11i’s camera follows the lead with its crisp LED flash, HDR, and panorama capabilities. The video is fast, clean, and crystal clear.

The Mi 11i’s battery power is impressive, going to 100% in about 52 minutes thanks to its fast-charging 33W power. It keeps up well with its competitors thanks to its Android 11 or MIUI operating systems.

It’s the massive camera that really is the star here, though. To accommodate the 1080MP, the phone may feel bulky at first but feels more natural over time. For those who swear by Samsung, this will take some getting used to, though. Its camera is even bigger than the one is the latest Samsung Galaxy S21.

A unique feature is a secondary screen marketed as a selfie preview screen. It’s novel, but a little strange and appears on the phone as a 1.1-inch screen that’s always displayed. Another bonus: It’s splash-proof, but that’s more of the industry norm these days.

Those technology-inclined will also love some of the additional features on the Mi 11i. There’s a tool to convert standard definition to high-definition and you’ll likely use this often since its display is bold and bright. There’s also a 360-degree ambient light sensor.

The Xiaomi Mi 11i may not be for everyone, but it will please those who value a speedy and inventive camera above all else for their phone.