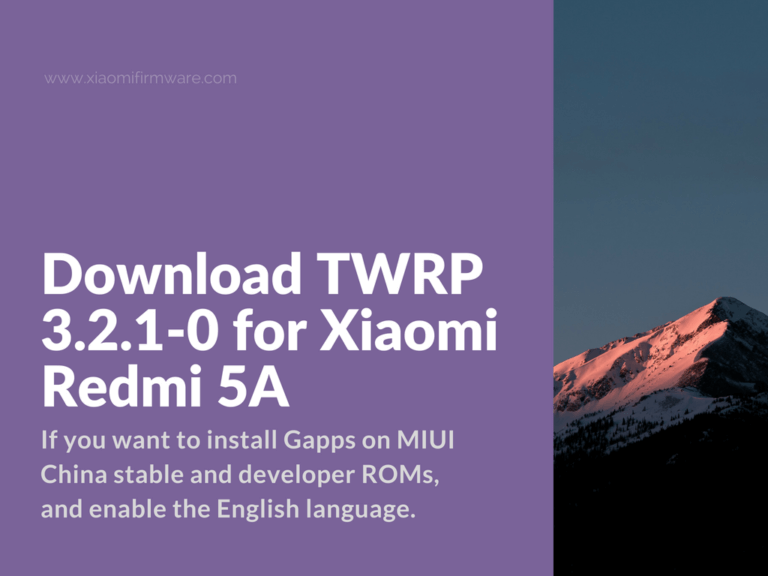 Xiaomi is the number 1 smartphone company of the Indian market. And now the much awaited TWRP 3.2.1-0 is officially released for Xiaomi Redmi 5a. All the credits go to the Team Win Recovery Project Team (TWRP) for giving the support officially to the Xiaomi Redmi 5a. Now users can flash custom zip’s, root their device and so on using the TWRP.

The Xiaomi Redmi 5a has 5.0 inches IPS LCD capacitive touchscreen display. Further, it has a display of 720 x 1280 pixel resolution. Moreover, it has 1.4GHz quad-core Qualcomm Snapdragon 425 processor with 2GB of RAM. The Redmi 5a has 16/32 GB internal storage. It has a dual camera with 13 megapixels back and 5 megapixels front camera. Further, it has non-removable Li-Ion 300 mAh battery. What’s more, it runs on Android 7.0 Nougat and it will soon get Android 8.0 Oreo update.

Now let’s find out what TWRP is and how to install TWRP Recovery for Xiaomi Redmi 5a.

Team Win Recovery Project (or TWRP in short) is an Android Custom Recovery initiated in 2011 with full touch UI. The recovery brought in and made a new trend of Touch-based recoveries. Further, it adds customization support and other huge and amazing features to the AOSP recovery code. With that said, it makes it one of the top Android Custom Recoveries available till today.

On the other hand, the GUI is fully XML based. And this allows you to modify each aspect of this recovery according to your wishes (of course, if you have the required knowledge of XML and Android).

How to Install TWRP on Redmi 5A

There are two methods for how to install the TWRP Recovery for Xiaomi Redmi 5a. First, download TWRP from the following link. Then perform one of the following methods.