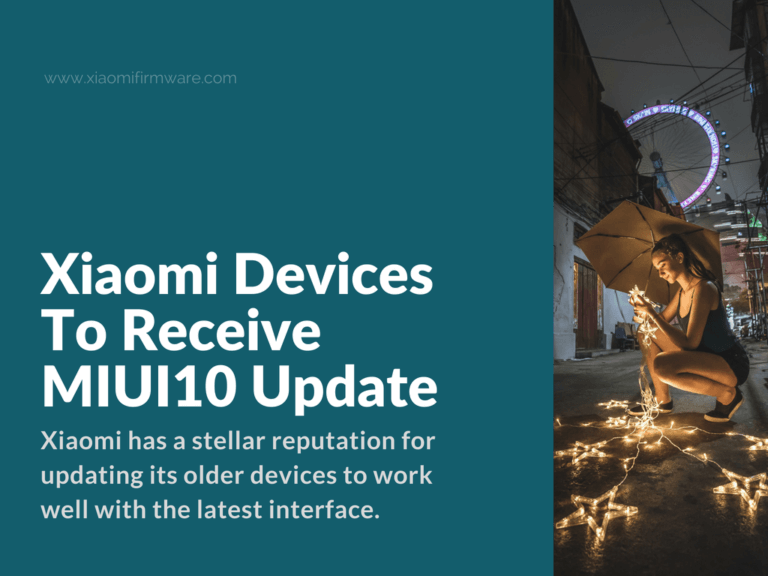 Xiaomi has a stellar reputation for updating its older devices to work well with the latest interface. This is something the company has built its name on, when it comes to their range of products. The latest update is a good example of what we are talking about. You can be sure that a number of different Xiaomi devices are going to be taking full advantage of the MIUI10 update. It was just a few months ago that the Redmi 1s received the MIUI 9 update. That device was about three and a half years old, so the timing was just about perfect for such a thing.

Once again, we have Xiaomi prepping its customer base for the MIUI 10 update. To that end, there are several important things to keep in mind.

Which Xiaomi Devices Are Getting The MIUI 10 Update?

The Chinese company will be applying the MIUI 10 update to its Mi 4c. Keep in mind that this device is around three years old, so the update certainly makes sense. However, keep in mind that the Mi 4c isn’t the only Xiaomi device that will receive the MIUI 10 update. Global ROM is currently running through some data tests, and this is expected to be completed by the 24th of January. Even so, a number of Xiaomi devices are already getting an indication that they are ready for the dramatic update. Among the devices already receiving such news are the Xiaomi Mi 8 and Xiaomi Mi Mix 2S.

Currently, the Redmi group is the only range of products from Xiaomi that isn’t on the to-update list. However, it is generally expected that these devices will receive a separate announcement at some point in the near future.

The following devices are going to receive updates:

These are the devices currently expected to receive the upgrade. With this essential update, users will have the latest version at their disposal. All of the devices, particularly the newer ones, are expected to work just fine with this update. There is no question that this is a pretty great time to have an Xiaomi device.