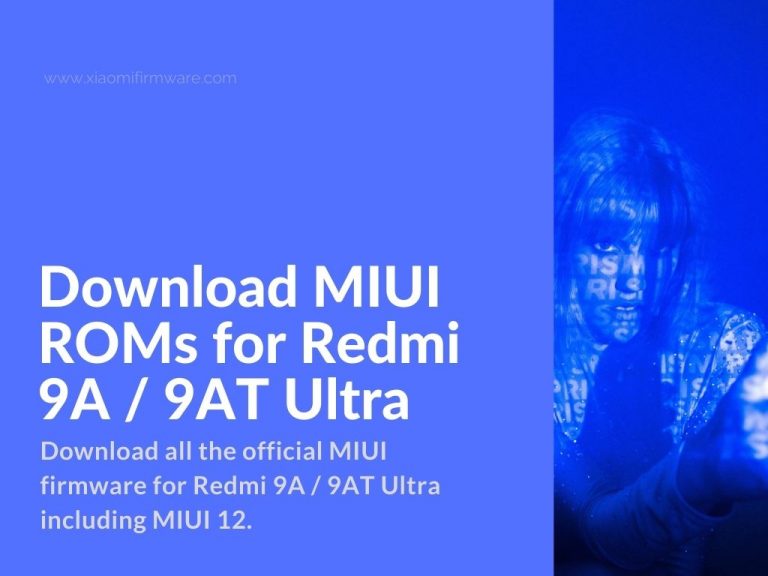 Below You’ll find download links for the latest MIUI 12 ROM and all required drivers and tools. The process of flashing / updating your phone is quite easy, but required some basic knowledge. You can find the flashing tutorials on our website in the “Guides & Tips” category.

Latest Official Firmware For Xiaomi Redmi 9A / 9AT Ultra

Redmi 9A / 9AT – Indonesia Stable ROM

Download drivers and tools for Xiaomi Redmi 9A / 9AT

Xiaomi Redmi 9A / 9AT Specs Overview

The two phones feature a plastic body with a sleek design that is made to fit your palm perfectly.

The only difference between the Redmi 9A and the 9AT is that the 9AT comes with a third microphone for improved audio quality. Other than that, the two devices are virtually identical.

The Xiaomi Redmi 9A and 9AT run Android 10 with Xiaomi’s custom MIUI 12 skin.

The two phones have a Li-Po non-removable 5000 mAh battery that charges at 10W.

The phones have a single down-firing speaker. They also have a 3.5mm headphone jack.

The two phones come in carbon gray, ocean green, and sky blue. The storage options are either 32GB and 2GB RAM or 32GB and 3GB RAM.

If you do not need a third microphone, the Redmi 9A is the better option. The phones are available in India, China, and parts of Europe.