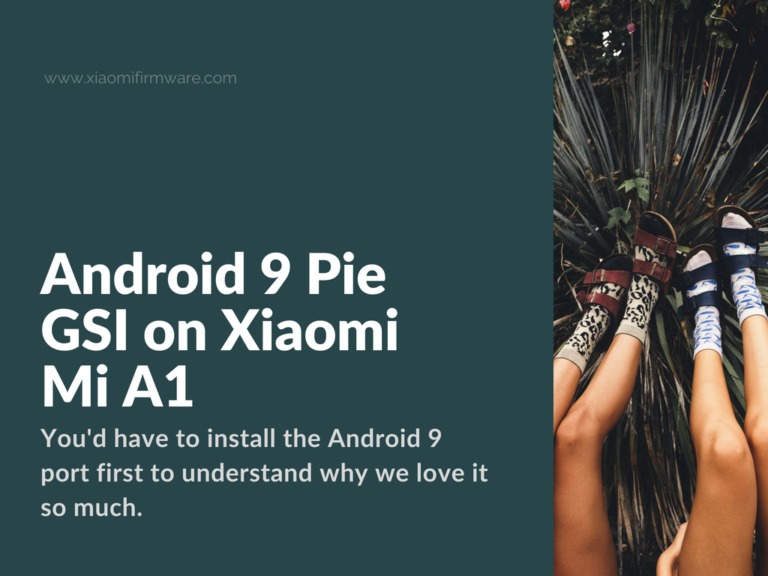 The expected release of Android Pie continues to elicit a lot of excitement. That’s because it would be the most advanced OS from Google to date. And like most people, we were too eager to wait for an OTA update. So, in a previous post, we tried out an unofficial port of Android 9 Pie GSI on Xiaomi Mi A1.

Some things in that port worked fine, while others didn’t. Stuff like VoLTE, Wi-Fi, and Bluetooth–for example–are working okay. But, excessive battery drain remains a problem. And the way OK Google functions is choppy at best.

You’d have to install the Android 9 port first to understand why we love it so much. All the same, here are the enhancements that we couldn’t get enough of.

The messaging experience is way better on the Android Pie than on previous releases. The most notable feature is the use of avatars. Messages now include both the name and picture of the sender. And notifications can even display thumbnails of attached images from the message body.

If you’re a coder, these are the methods that now help you exploit the new messaging features listed above.

Create a sender with an avatar:

Create a message notification that includes an image:

I know you’ll love this one: you can now set the rotation to not change. Say you’re viewing something on your display and you’ve rotated it to landscape mode. In previous OSes, that would change back to portrait mode when you turned the display again. And that was quite irksome if the change in orientation was unintentional.

But thanks to Android Pie, we now have a button that pins the orientation to the mode you’re using at any given moment.

The Mi A1 used to disappoint us with the way it squandered its battery charge. Thus, it forced us to look for ways to deal with its wakelocks, for example, in an attempt to remedy the problem.

The good thing with the Android 9 Pie GSI port is that it handles battery usage out of the box.

Its Adaptive Battery feature extends battery life by limiting errant, background apps. Using app standby buckets, it allows the active apps to work without interruption. But the idle ones face restrictions, which reduces their battery usage.

Brightness that Adapts to Ambient Lighting

It seems the Android Pie release seeks to solve all the problems the Mi A1 suffers from. And the lack of proper brightness control was one of the most bothersome among these. See, it cascaded into issues like image retention and screen burn-in. But with the Adaptive Brightness feature on Android 9, these may well be a thing of the past.

The enhancement works so well because it learns your brightness preferences. It learns how you set levels and combines that with sensors’ data to try to match the ambient lighting. This means that a user may spend less time tinkering with the display. And this could save the display from premature deterioration.

Remember, if you followed the previous post on how to install Android 9 Pie GSI on Mi A1, these are the files you flashed:

Using these, the hardware below works as it should. (But, some bugs do creep in too.)

Still, the ones below do work but users have noted that they are not perfect:

With that said, you would have noted that the Android 9 Pie GSI installation has a few bugs. These may include:

So, in a second we’ll see how you can fix most of these issues.

With that out of the way, you can now start addressing the issues below.

Want to use Substratum Themes

Android Pie promises better battery performance than previous OSes. So, if you still find that your battery discharges fast, you will have to disable USB debugging.

Mi A2 Camera Crashes: Use GCam Instead

Don’t forget to share whether there is a mod that works better than the ones I’ve listed above. Head on to the comments section for that.

Need an Alternative to Google Photos

Note: Your Mi A1’s capacitive keys will no longer work after this process.

Want to Tweak the Launcher

OK Google Does not Work as it Should

With these tweaks, your Android Pie installation should work smoothly.

But, what if you want to go back to stock ROM? And you want to “un-trebelize” your Mi A1?

The steps below will show you how to remove this Android 9 Pie GSI port from your phone.

Note: The process below will wipe your device clean, so remember to make a backup of your files.

Android Pie is Google’s most advanced mobile OS. And we got a chance to try out an Android 9 Pie GSI port on Xiaomi Mi A1. But, the installation had a few issues. So, in this post, I suggested a few tweaks. Using these, Android Pie should be usable smoothly.

Still, for those who would want to go back to stock ROM, I added a guide on how to do so. The process removes Treble support on the Mi A1 completely.

Well, I know this might have been a bit of lengthy post. But, I hope that you got some useful tips from it.

If you have any suggestions or need further help, don’t hesitate to share in the comments section.