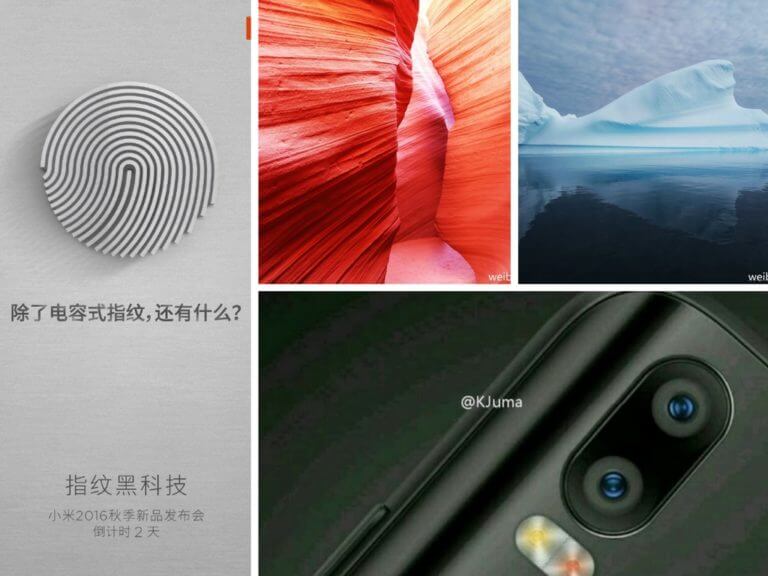 Xiaomi uses AnTutu as a teaser for a new flagman device.

September 27 Xiaomi company may present a new flagman smartphone Mi5S. There was a lot of insides and leaks last week, and I think that they draw attention of everyone. We already know quite a lot of information about this flagship model, and new leaks are still continue to appear.

For example, in the Weibo social network we’ve found two teaser for Mi5S. You can see there a silhouette of a smartphone with the front and back sides. Here we would like you to pay attention at two interesting moments. First, the camera is not placed in the upper right corner, but in the center. And besides that its double lens camera! Secondly, the device has bended edges not only on the back, but also in front. It is possible that the screen of Mi5S will be slightly curved on the left and right sides.

Along with that, there was a leak of a photo with other devices from Xiaomi. This device also got a dual camera and it is located in the upper left corner. Most likely this is Mi5S Plus or Mi Note 2.

This is not all. General CEO of Xiaomi Lei Jun published in Weibo two photographs, which he says have been made on the new dual camera smartphone. But, as usual, we can’t judge authenticity of this pictures.

Xiaomi also released another teaser, that confirms information about ultrasonic fingerprint scanner Snapdragon Sense ID. Now we’re sure that it will be installed on Mi5S. Its special feature is that it can work even when the finger is wet or dirty. Sounds quite awesome, right?

To conclude: According to the latest reports, Xiaomi Mi5S get a Snapdragon 821 processor, 6GB of RAM and battery capacity of 3490 mAh. It is expected that the version with 64 GB of internal memory will cost $ 299, while the model with the 256 GB will cost $ 449.