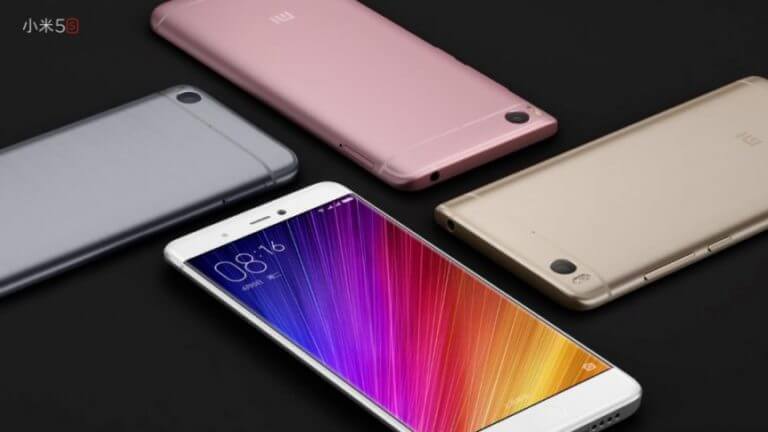 Xiaomi Mi5S Turned out not as expected

As was expected, today Xiaomi has unveiled their new flagship smartphone Mi5s. We’ve already known almost all technical characteristics before the presentation, but the company still managed to surprise us. We believed that Mi5S will look like a normal Mi5, but it turns out to be an absolutely different and new gadget. And it’s not just design that differs, it’s build using new materials. If Mi5 had glass covers on both sides, then Mi5s is made with metal covers. Besides that, Mi5S not getting dual camera, which many of us have been waiting for. 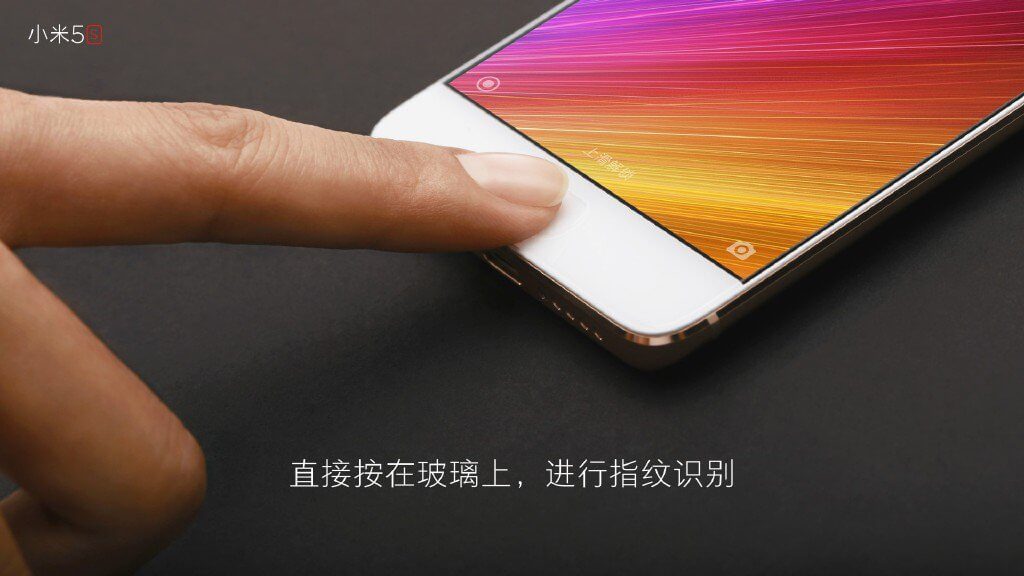 Xiaomi Mi5S kept curved back cover, as it was in Mi5. If you look at smartphone from the front side, its pretty much the same as on predecessor, but the button “Home” is not mechanical, now its sensory and hidden under glass. Ultrasonic fingerprint reader Snapdragon Sense ID is installed and on assurances of Qualcomm, it is capable to work even with wet or dirty fingers.

Mi5S screen remained 5.15-inch with Full HD resolution, but the quality is higher than in the normal Mi5. The maximum brightness increased to 600 nits, so we expect good visibility in direct sunlight.

The most important change in Mi5S compared with Mi5, is a new camera. Xiaomi first presented a brand new 12-megapixel sensor Sony IMX378 c 1 / 2.3-inch sensor, aperture f / 2,0 and a pixel size of 1.55 microns. According to another rumors, the same camera will be used in upcoming Pixel Pixel and Google XL. 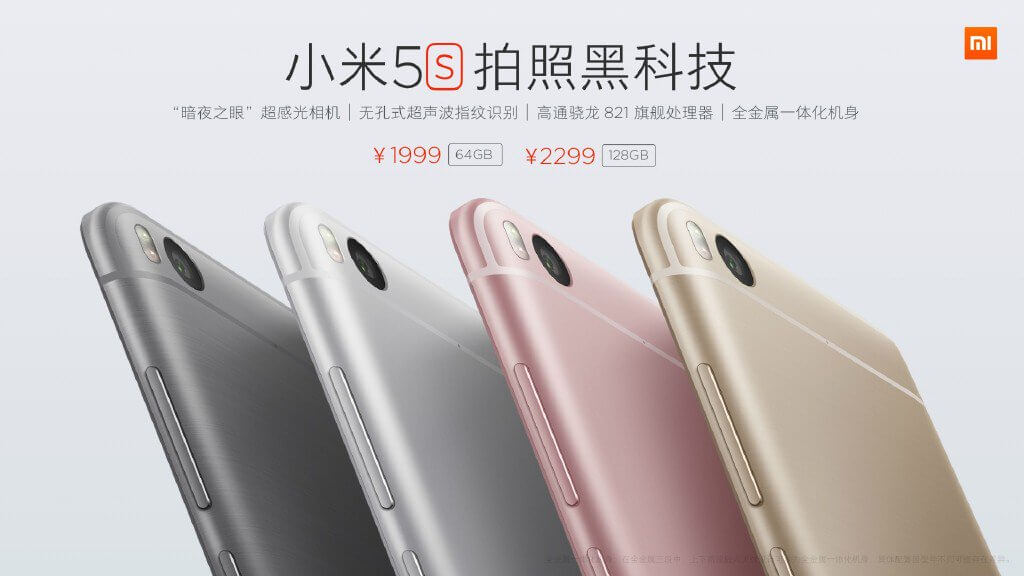 According to the Xiaomi, the new Mi5S takes pictures the same quality level as iPhone 6S Plus and Galaxy S7. But we will wait for the tests and reviews by real users. The fact is that Xiaomi Mi5S is now the first device in the world with the latest 12-megapixel Sony IMX378 sensor. In case you’ve interested, here’s the link for the pictures taken with Mi5S, you can download them and check out EXIF data by yourself.

In terms of technical specifications Xiaomi Mi5S became one of the most powerful Android-smartphone to date. It is working on new quad-core Snapdragon 821 processor, 4 GB of RAM LPDDR4 and 64 or 128 GB of internal  fast UFS 2.0 memory.

Now for the most important thing – the price for this wonder. Xiaomi Mi5S with 64 GB on board will cost you 300$ in China, while the version with 128 GB will cost 345$. Actually the price for Mi5S is much cheaper than upcoming devices with simpler features from other huge companies.