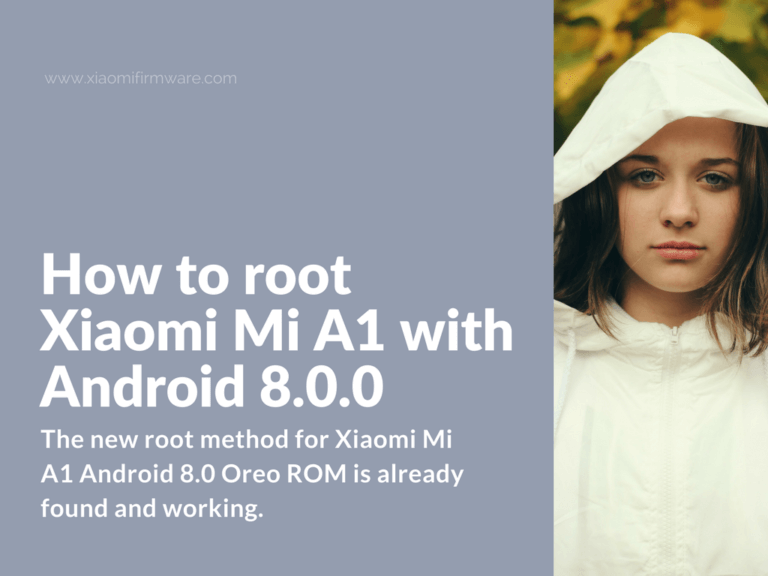 The latest Android 8.0.0 ROM for Xiaomi Mi A1 has been released and now available for download. The thing is that the previous Mi A1 root method won’t work on Android 8. But no need for panic, the new working method is already found.

Since all of the current versions of TWRP Custom Recovery won’t work on the Android 8.0 ROM, we will root our Mi A1 without Custom Recovery. Basically, this is just a temporary solution which can be used until TWRP for Android 8 is released, after we will get the working TWRP version, we can use the old rooting method.

We’ll update this post as soon as the working version of TWRP Custom Recovery for Android Oreo is released.

Pay attention, that there’s a small chance that your device might go bootloop after using the suggested method below, in this case simply flash the stock MIUI kernel on your phone to restore it. If you’ve got this issue, then it means that there’s no working root method for your device yet.