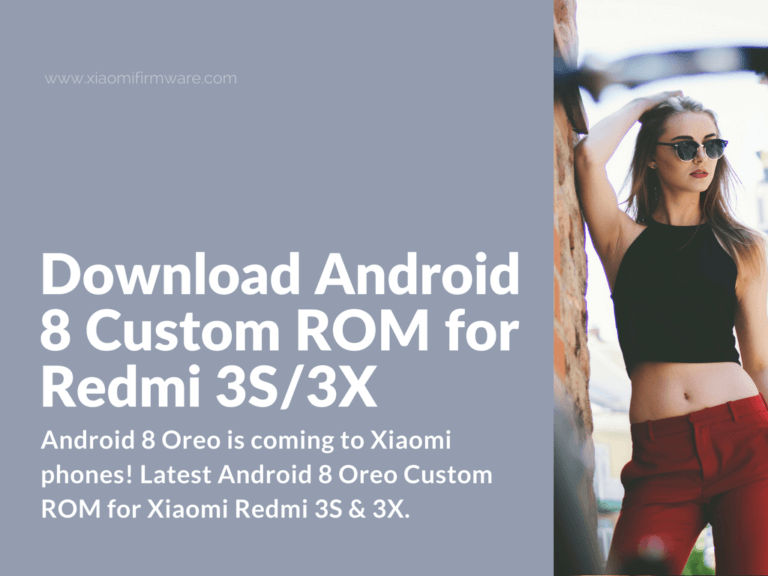 Android 8 Oreo is coming to Xiaomi phones! Recently a few version of Android 8 OS Custom ROMs for Xiaomi smartphones has been released, and today we’ll try to cover some of them. Please pay attention, that most of these ROMs are currently under development, so we could recommend it only to advanced users. Browse our website to find flashing tutorials and guides for Redmi 3S and Redmi 3X devices.

Currently we know only one Android 8 ROM available for download. We’ll update this post with the ROMs.

In case you can’t flash this version, try adding this code in Updater-script:

If you stuck with “#64 error” while installing Google Applications from opengapps.com, then make sure you have downloaded the right version, which is suitable for your device.

Below we also list the latest versions of a few most popular Android 7.1.1-7.1.2 Custom ROMs for Xiaomi Redmi 3S and Redmi 3X.

To find out how to flash Custom ROM on your Redmi 3S and 3X phone, follow this post.