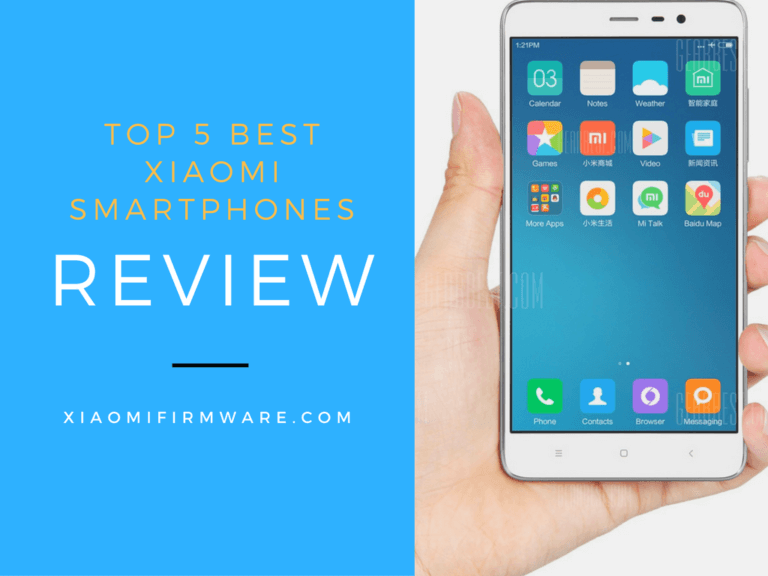 It’s quite fascinating to see meteoric rises and dramatic falls in the tech world. Until a year ago, the term ‘Xiaomi’ would have been rebuked as an obscure name from a third world Asian country by most people outside Asia. Cut to the present, the smartphone manufacturer dubbed as the ‘Apple of the east’ has already beaten Apple and Samsung in China and is now among the top 10 smartphone manufacturers in the world. It was in the top 5 until a month ago.

And now folks, Xiaomi has its eyes set on Uncle Sam himself. If experts are to be believed, it is all set to deliver a sucker punch to the extremely volatile Android market in the US with its feature packed phones at ridiculously low price points.

America and the west can’t stop drooling but very little is known about Xiaomi’s phones in this part of the world. If you have been contemplating getting yourself a Xiaomi smartphone but had no idea which model to buy or what separates one from the other, then this guide is going to help you understand the basics of Xiaomi including its various smartphone ranges like MI and Redmi.

What makes Xiaomi smartphones so popular?

For a long time, the market for smartphones in China was dominated by phones in the two extreme ends of the price point. At one end, there were the Apples and the Samsungs fighting it out for dominance and at the other end, there were unnamed pirated phones which had no quality control or guarantees.  If it refused to work out-of-the-box, the best you could do was bear it with a smirk. What China (and the rest of the world to be honest) needed was a smartphone brand that could club quality components, a user friendly UI and rock-bottom prices without tradeoffs.

Xiaomi’s entry filled that void to such an extent, that the company has been setting new records for preorders.
There are two ranges of phones from Xiaomi that you need to be aware of.

Today, we take a look at the best of Xiaomi’s offerings in the market circa 2017. These include smartphones from both the ranges that we spoke about and are considered to be the best smartphones at these price points even when compared against much higher priced brands like Google, Apple, Samsung and Motorola.

The Redmi Note 3 is the smartphone that put Xiaomi in the spotlight at a global level. The world suddenly sat up and took notice for here was a phone that boasted of a 5.5 inch full HD display, a hexa-core Snapdragon 650, Xiaomi’s own MIUI 7, a 16 MP rear camera, a 5 MP front camera and yet, was priced just over $150.

There had to be a catch. But naysayers were soon disappointed due to the apparent lack of nits to pick as the Note 3 became one of Xiaomi’s bestselling phones ever.

How many times have you seen an all-metal chassis in a budget priced smartphone? Xiaomi officially enters the turf that was reserved for high end smartphone models from Sony with the aluminum Ingot casing that weighs a feeble 164 grams.

The Redmi Note 3 stays true to its brand promise and packs in a 1.4GHz hexa-core Qualcomm Snapdragon 650 which not only ensures super fast applications but also ensures that there are no lags while playing resource intensive games.

The recently launched Samsung S7 Edge which retails for over $750 has a 3600 mAH battery while the Xiaomi Redmi Note 3 has a 4000 mAH battery. Need we say more?

The 16 MP rear camera with an f/2.0 aperture produces razor sharp images with excellent color reproduction. The 4 MP front camera is not the best feature of the phone but the quality is good enough for both selfie crazies as well as business video calls. The HD display with the 1,920 x 1,080 and 403ppi make a vivid combo that results in crystal clear viewing.

Verdict: Unbeatable package! Until Xiaomi or some competitor manages to surpass the impeccably high standards set by the Note 3, this offers unbeatable value for money. Save yourself a few hundred dollars and grab the Redmi Note 3 while it is still available for purchase.

With the Redmi 4 popping its head over the horizon, it was expected to be a bumpy ride for the Redmi 3S to carve a position for itself in the market. The fact that it is the last phone from the third generation of Redmi didn’t seem reassuring either. But as always Xiaomi pulled a rabbit out of the hat and the Redmi 3S has been a roaring success.

Available in two versions, the Redmi 3S and the Redmi 3S Prime, the smartphone boasts of Redmi’s trademark metal shell, an all new MIUI 8 and a whopping 4100 mAh battery.

A worthy upgrade to the Redmi 3

When you are working to upgrade a successful smartphone, you are treading a thin line. But Xiaomi’s Redmi 3S is every bit worth the upgrade. They have tweaked the design a tad, added a swanky new processor and a fingerprint scanner. At the price point, this is a steal.

The 5 inch HD screen remains unchanged in the 3S and despite the lower resolution, the IPS tech delivers a great viewing experience with realistic color representation and flawless viewing angles.

A review of the Redmi 3S would be incomplete without mentioning the 4100 mAh battery. There’s more juice in the phone than most $1000 smartphones in the market. You wont be left groping for your power bank in the middle of performing important tasks for sure.

The all-new Snapdragon 430 with the 64-bit octa-core chip and the 2GB RAM make this one of the fastest smartphones. The apps load fast, the camera responds at a touch and there are no jitters or delays during games. Cannot ask for more.

Verdict: The best smartphone under $100! That’s what GSM Arena rated it too. Do yourself a favor and gift yourself one of these. It will be the best $100 you will ever spend on a smartphone.

Just when we thought that Xiaomi couldn’t better itself, it comes up with the Redmi Pro, which is a beast of a phablet by any standards. This is as feature rich as they come but yet, is surprisingly different from most of Xiaomi’s Redmi and MI range of smartphones. At the forefront of the laundry list of features is a dual camera, 5.5in OLED display, 10 cores and USB-C connectivity, once again at a mid budget range.

The Redmi Pro is not petite. But it was never intended to be so. The brushed metal chassis is 8.2mm in thickness and it weighs 174 grams. But the beautiful curves which is retained from the Xiaomi MI 5 ensures that the ergonomics are taken care of. You can hold, lift and click pictures with ease without the risk of the phone fumbling out of your hands. Also, despite the size, it slips effortlessly into your pockets.

When HTC started the dual camera trend, it quickly caught on and the latest one to sport it is the iPhone 7. Redmi Pro is Xiaomi’s first phone to feature this with a 13 MP main camera and a 5 MP second camera which club to give you excellent pictures with depth of field. You can mimic the bokeh effect that DSLR cameras are famed for.

There’s ample scope for playing around with the images to achieve the results that you desire. This alone is one reason to put this on your wish list.

Also, this is Xiaomi’s first foray into the world of AMOLED screens and we are certainly not complaining. The 1,920 x 1,080 resolution delivers an excellent viewing experience for both streaming videos as well as games.

Last but not the least; the MediaTek Helio X20 with 3GB and 10 cores delivers a smooth and fluid experience with apps and games.

Verdict: If you wanted a phablet that is packed with featured but priced under $300, you’ve just found your best choice. The Xiaomi Redmi Pro 3 is truly a beast.

To push the envelope on a premise that has been a wild success is no mean feat. But count it on Xiaomi to make it happen every single time. The Redmi Note 4 is another amazingly feature rich smartphone from their stable with a very desirable price tag.

The feature set is highlighted by 64GB storage and 3GB RAM, a 5 megapixel front camera with f/2.0 aperture, an IR blaster and 4,100mAh battery.

Ever since the Note 3, there has been an upgrade in the manufacturing procedure at Xiaomi which is evident in the metallic body (solid aluminum ingot) which is clearly better quality. The trade off is that it’s slightly heavier too at 175g but the difference is only meager. And it is still lighter than the iPhone 7 Plus.

The 5.5-inch display with the 2.5D arc glass makes for a pleasurable viewing experience with great colors and perfect angles. Even when tested in bright outdoor sunlight, the display is on par with what you’d normally expect from high end phones.

On the 3GB Ram version, the MediaTek Helio X20 processor is lightning fast. Everything from multi-tabbed browsing to multitasking with apps is a breeze. You wont experience lags or delays even while enjoying graphic-heavy games.

We hate to say this, but the camera on the Redmi Note 4 is a letdown especially when you pit it against the amazing camera on some of its predecessors. That’s despite the dual LED flash. But if clicking photographs is not your primary use of your smartphone, you’d have no nits to pick with the Redmi Note 4.

Verdict: The Redmi Note 4 is a worthy successor to the Note 3. The beefed up storage, the faster processor and the improved design make it a great buy for a few dollars more.

The Mi Max is Xiaomi’s entry into official Tablet territory that was for long dominated by Samsung’s Tab series. It sports a massive 6.44 inch HD display, dual LED flash, a fingerprint sensor, hexa-core Qualcomm Snapdragon 650 and 3GB of RAM.

It borrows some of the specifications from the immensely popular Redmi Note 3 and amps it up to create one beefy phablet that you’d love to carry for both professional as well as leisure uses.

Practical Design with a great display

The all-metal construction clubbed with the massive screen make the Mi Max a beefy phone. It is a tad heavier than normal smartphones too at 203g.

But to make up for the bigger size, Xiaomi gives it a minimalistic design and slim profile (7.5mm) with rounded edges that make for comfortable carrying and one-handed typing. Xiaomi has integrated a ‘One handed mode’ in the settings which makes it easier to type with one hand by shrinking the contents of the screen to a smaller area.

The display with Xiaomi’s Sunlight Display tech makes for crystal clear viewing even on a bright and sunny day outdoors.

Both, the rear 16 MP camera as well as the 5 MP front cameras deliver amazing picture quality. The images are sharp with excellent detailing around the edges. Xiaomi has clearly put some work behind this, which was one of the features where it was found lacking.

Powering this huge phone is a massive 4850mAh battery which will keep the phone running for two to three days even with active usage. On the usage front, both the MIUI 7 and the Snapdragon 650 keep things pleasing and blazing fast.

Verdict: With an excellent build quality, great display and a massive battery, the Mi Max is a dream come true for people looking for a big sized phablet with a budget price tag.

Best Deals on Xiaomi Mi Max 32Gb at GearBest.com
Type to search or hit ESC to close
See all results